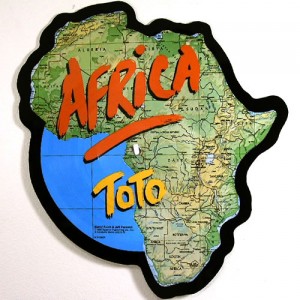 Two of Toto’s biggest hits—the chart-topping “Africa” and Grammy Award-winning smash “Rosanna”—return to vinyl on a special recreation of a limited edition, die-cut, Africa-shaped picture disc originally released in 1982, featuring a map of the continent on the A-side and an image of actress Rosanna Arquette, the inspiration for “Rosanna,” on the B-side. This is the first release in celebration of the 40th anniversary of Toto, one of the best-selling and most virtuosic rock bands of all time.