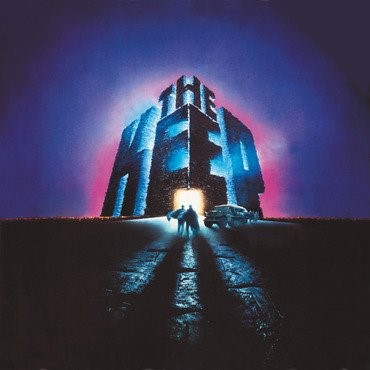 Tangerine Dream’s soundtrack to the 1983 Michal Mann film The Keep on vinyl for the first time. Finally getting its official release as part of the band’s boxset Pilots Of Purple Twilight in 2020 UMC are pleased to offer this as part Record Store Day 2021. The second movie Tangerine Dream scored for Michael Mann deserves a book on its own, given the almost mythical status that fans worldwide have attributed to the work for over 35 years. The story is as follows: after Tangerine Dream delivered the master tapes for The Keep album in November 1983, Virgin planned a world wide release for February 1984, but this was scrapped in December 1983 when it appeared that the movie was a box office flop in the United States. Up to that point, not one copy on vinyl (including test pressings) had been made, as the master tapes had not yet been prepared for a ‘EQ production copy’, which is a correctly equalised tape specifically for a vinyl and cassette release. While Virgin held copyright, the original master tapes were shelved for more than 35 years. As is the case with other released Tangerine Dream soundtracks (such as Thief, Firestarter, Heartbreaker and Shy People), The Keep represents a stand-alone album and differs from the raw musical cues delivered to Mann (that ultimately fell into the hands of bootleggers) by the band in early 1983.