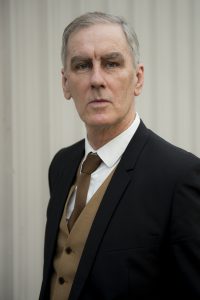 Record Store Day in Australia is very pleased to announce that Robert Forster is an ambassador for 2017.

Robert Forster was a founding member of The Go-Betweens and co-writer of Cattle and Cane which was listed at Number 20 on APRAs Top Australian Songs List. He is currently a writer, solo artist and performer with an ardent following in Australia, Germany, the UK and the US. He has released nine albums with The Go-Betweens and five solo albums. His latest, Songs To Play, made UK’s Uncut and German Rolling Stones Top Twenty Albums of 2015.

In 2006 his music writing won the Pascall Prize for Critical Writing. One of his pieces appeared in The Best American Music Writing 2007.

Here’s one of tunes that Robert was involved with creating: