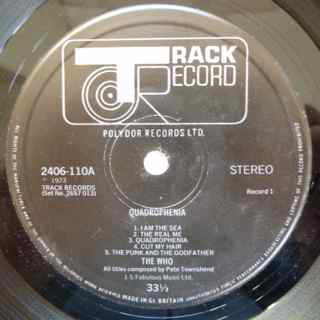 I saw The Who at the Lyceum Ballroom in London in November 1973, I was 14 and it was my first gig.

It was part of the so called Quadraphonia tour, the LP had just been released. After the concert I went out and bought the album and it was the start of an ongoing love affair with the band which still goes on today.

i traveled all over Australia and New Zealand when they came over a few years ago I have also flown to the US to see them. I am also a Who UK released completest and memorabilia tragic.