My oldest brother won this record and gave it to me for my birthday when I was about 8-10 years old. Strangely it is signed by someone from triple M Sydney possibly Rob Duckworth (hard to make out). The other strange signature is obvious it says. To Cameron happy birthday all the best. Rotsa Ruck Angry.

I found this 78 record of Mahatma Gandhi – giving a speech 1948, in an op-shop. And I was so excited as I thought – wow this is history. But when I got home it rolled out of my hands.. I dropped it & snapped in half, coz these things are like plates. So I found some superglue & you can see in the pic that I glued it back together. & it plays fine but there’s a click-click all the way through. So now it sounds like Gandhi is giving his speech .. on horse-back 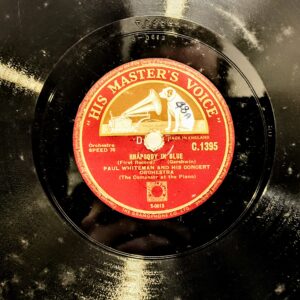 This has passed down through four generations of my family. It came to me (as the current and only record nerd in the family) when my Grandad passed away in 2013. 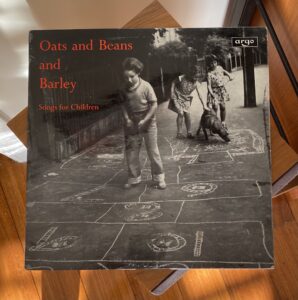 This record has been in my family my whole life. It was played occasionally when I was a kid back in England during the late sixties and early 70’s by my mum and now gets an occasional spin for my three children. It was given to my pregnant mum by my Nan. The Beatles – A Hard Day’s Night

I bought this from the Retravision store in Oakleigh in 1964for my eleventh birthday with my birthday money. 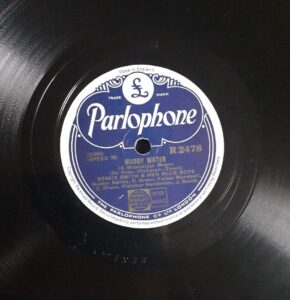 Bessie Smith – Muddy Water recorded in 1925, this version released in 1946 belonged to my mother and now is in my collection because I have a 78rpm record player. I must have been about 7 years old. My sister said I could have any record in the shop. I picked this. Turns out its mainly jazzy orchestra stuff with Dean Martin impersonations. I didn’t like it. That didn’t matter. It was mine so I was going to keep listening to it and find some good in it. It was a good training ground to make sure I keep listening to everything today. in terms of my life, this is one of the oldest. it belonged to my dad, and he gave it to my mum when they first met and his handwritten notes are still on the inner sleeve <3 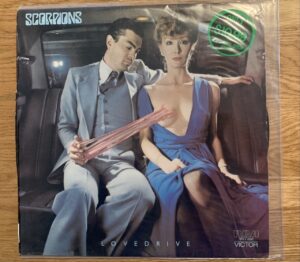 Scorpions were the first band I ever heard! This is one of the first records I remember hearing from them. When I was younger I use to share a room with my uncle who was obsesses with Scorpion when we were living in NZ in the 80s. I think he may been obsess with the album cover more. He actually passed this to me along with his whole collection of records. To this day we still listen to “Is There Anybody out There” on full blast, more so due to our hearing issues now! 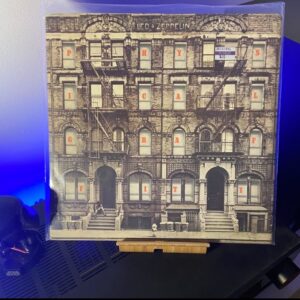 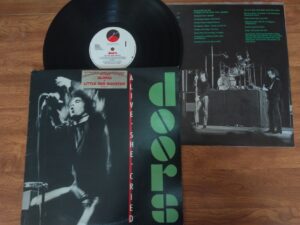 The Doors – Alive She Cried

Well not the oldest record I own but definitely one of the oldest that I can still put on and listen to fully each time.
I was a HUGE Doors fan at age 15 and would hunt anything I could find down at record stores, op shops, fairs etc… I went into Batman Records in Melbourne one day on the weekend and found a copy of this album. I had never seen or heard of it before (and I thought I knew it all at that age). I spoke with this old guy at the counter, John and he put it on for me…. As soon as I heard Morrison singing Van Morrison’s “Gloria” I was hooked!!!
I ended up spending the afternoon with old John, talking records and listening to some great albums and ended up getting a job at Batman Records a few years later working with old John.
To this day, Alive She Cried is still one of my favorite Doors records to play with such a raw feel and great selection of tracks, its like you are there in L.A in 1968!