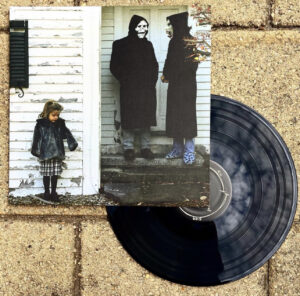 Brand New – The Devil And God Are Raging Inside Me

A really close friend gave me this vinyl to start my collection.
The funny thing is she was actually wanting to get me Brand New’s “Deja Entendu” but couldn’t find it, and bought me this instead. I’d never listened to this record before, but it on, and fell in love. It’s the only record in my collection where I heard the vinyl before any other format, and it’s possibly my favourite album of all time. Pink Floyd – Dark Side of the Moon

I bought this with my first paycheck … that and Jeff Wayne’s War of the Worlds. 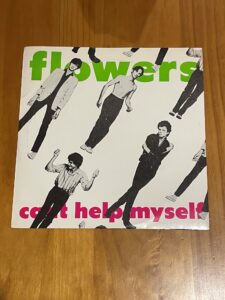 I SAW FLOWERS SEVERAL TIMES IN CANBERRA BUT MOST MEMORABLE WAS AT THE AINSLE REX IN 1980. A SMALLISH ROOM THAT BREATHED THAT NIGHT WITH THE SOUNDS OF NOTE PERFECT T.REX AND BOWIE COVERS AND SEVERAL FLOWERS ORIGINALS. AT THAT TIME FLOWERS HAD NOT RELEASED ANY RECORDINGS. AFTER THE SHOW I HASSLED IVA DAVIES ABOUT THE RELEASE OF A FLOWER’S SINGLE OF THE MATERIAL WE HAD HEARD THAT EVENING. HE SAID “IT’S COMING”. THE 10 INCH FLOWERS SINGLE CAME OUT AND I PURCHASED IT ON THE DAY OF RELEASE IN 1980. A SEISMIC RECORDING IN AUSTRALIAN MUSIC HISTORY AND THE BEGINNING OF A 41 YEAR RECORDING CAREER FOR FLOWERS/ICEHOUSE. 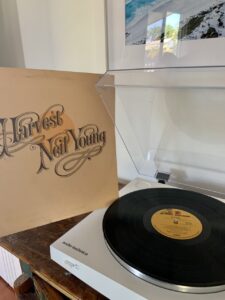 Family folklore is that I was conceived to this actual copy of Harvest, way back in 1978. Mum reckons that the show was all over before Side 1 was finished but dad is adamant that there was a pause in proceedings to flip the record.

I recently inherited the album when my parents moved out of the family home and their old record collection was found. You can even see the phone number handwritten on the record from when we lived in Sydney (we moved to Canberra in 1984).

The record still plays well, even with thoughts of my parents getting down and dirty to it.

Unfortunately, given Spotify was around by the time my own kids arrived on the scene there are no such mementos from their creation. 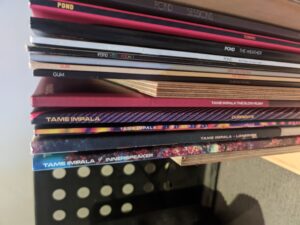 This was given to me on my birthday by my girlfriend and it started my complete addition to vinyl. I love this album and its only right it was the one that started my now almost 70 record collection. 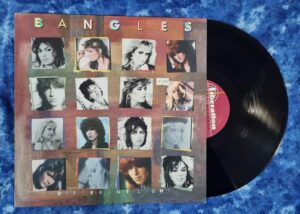 I remember growing up with mum and dad playing record’s on Sunday’s, the Bangles, “Different Light” being one of them, this copy still has its original $13.99 price tag on the front from 1986… from when Dad bought it.
When going through one of the various moves. After mum and dad’s seperation… and going through the boxes in the garage. I stole this from their collection aswell as Michael Jacksons “billie jean” 12″ single as the starters for my now vast record collection… but its still my oldest record I hold the dearest. 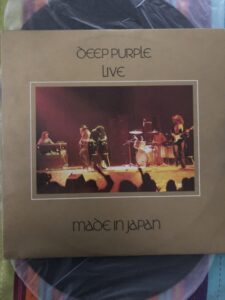 Deep Purple – Made in Japan

I think it was about 1972 or 1973. My memory of almost 50 years ago is imperfect, but I was 9 or 10 years old, and living in Malawi in Central Africa where there was no TV and no music radio except at night when we could get some short wave South African radio or the BBC depending on atmospheric conditions.

A bizarre, utterly random Christmas present arrived out of the blue from my grandfather who I only ever met a few times in my life, and barely knew. He never sent gifts.

To this day I have assumed he walked into a record store and bought my brother and me a LP record each from whatever was in the top 10. I cannot remember the other one, but this Deep Purple record (of course I had never heard of them) was immediately imprinted on my psyche.

When this RSD comp came up, Made in Japan was actually still on the turntable from my last listen. But I did have to buy another copy as my father lent the first to his friends and they never returned it.

My wife can’t understand why I like the album, but it has been part of my lifelong love of music old and new. 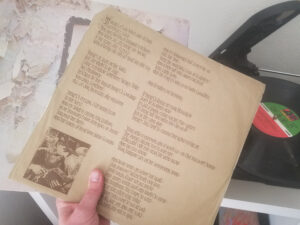 When we were in high school me and my brother would go op shopping. Never much to find in the vinyl unless you’re into Glenn Campbell or Christmas compilations. One day though we spotted this Led Zeppelin record. Absolute classic; Black Dog, Rock and Roll, Stairway… anyway, my brother snagged it. I don’t think I even knew Zeppelin at the time, but as I grew up I always eyed it. Big bro eventually packed his stuff for his gap year, but I knew where the good stuff was. When I packed up to move out I took my opportunity and snagged it. I had already accumulated a dozen or so ‘ok’ records, but getting that stalwart in the collection really got me going properly, and I still claim it as my first, even if my brother ‘looked after’ it for the first few years. 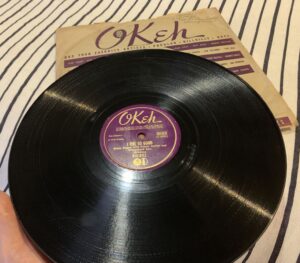 Getting this record was an exciting adventure for 14 year-old me. Being of the record resurgence generation (and Australian), I could only really read about the journeys that record collectors took to ‘junk’ (collect) old Jazz and Blues 78s from before WWII. My chance at finding anything like this was practically nonexistent on this side of 1965 (and this side of the world).

While this record isn’t rare by any means, it was still a lucky find. Around 10 years ago, when I decided to collect records and had been mad on pre-war Blues and Jazz for a few years, I sent out an email to every antique store and record lot that I could find on Gumtree, listing labels and artists I was interested in. This was one of the few that actually came back positive. Someone offered to sell this to me for $30, but only if I picked it up as shellac records are so fragile. The trouble was, I lived in Wollongong, and the seller lived in Gosford. There was no way my parents would allow me to travel there alone, or take me there for the sake of one record, so I had to hatched a plan. Over the school holidays, my friends and our parents would go to Sydney to shop and explore, and us kids were allowed to do our own thing because enough of us had phones and we were all near enough if anything went wrong.

As soon as the kids got off the train at Central and the parents headed to Town Hall, I hopped right on a train to Gosford, where I met the gumtree seller and bought my record. I met the ancient-seeming lady at the train station, who told me her husband had been put onto Jazz and Blues during the war by American soldiers. She’d brought some Bing Crosby and Louis Armstrong records with her in case I wanted to buy any more, but I only had my $30, so I paid her, and headed back to my friends just in time to make lunch (which I could no longer afford!).

Overall, I would’ve spent more than 6 hours on the train that day, but my level of excitement at having my own record collecting adventure would make you think I’d been buzzing around town with my friends all day. 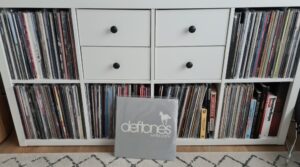 The record that started it all. The first of a now 280 odd record collection was purchased in the scarce dog days of vinyl, in 2001 at Skinny’s Records (R.I.P) in Brisbane.
I was 19 and a kid of the 90s with a burgeoning CD collection. I didn’t even have a record player but a mate of mine had one attached to his nice system and it sounded amazing, like it was being played right there in the room and you could feel the space between all the elements of the sound.
Many years later I’ve hunted records all over the country and across the world, in-store and online. My CD collecting ceased a long time ago, by my vinyl obsession endures.
The best always wins out I guess.
From a precocious collector with no player to now feeling old as dirt, coming full circle this year with the purchase of the 20th anniversary edition of the record that started it all.
Just need to find the time to listen to them all. 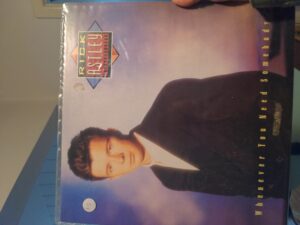 Rick Astley – Whenever You Need Somebody (Never Gonna Give You Up)

I was flicking through a huge collection of records at an op shop clearance pop up. I didn’t even own a record player at the time but always ended up looking. I found Rick Astley’s Never Gonna Give You Up (features on Whenever you Need Somebody) and laughed at being Rick Rolled in an Op shop in a small regional town. I bought it and held on to it for YEARS before I ever owned a record player, finally when I listed to it I realised just how incredible records are. The memes didn’t do it justice, this song is a bop. 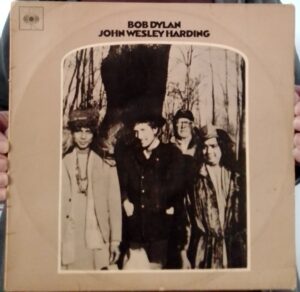 Bought it when it first came out, at The Music Box Record Store in Guildford NSW.
I consider this to be His bed ever album.
This is a Mono LP.