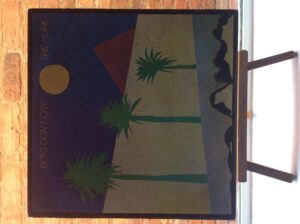 When I was a teenager in the 90’s I worked in a record store on the weekends for a while. I listened to records continuously for the day I was there each week. I got paid for each shift with two records and I would carefully select those two albums. I’m pretty sure this is the first one I got and I still enjoy it today! 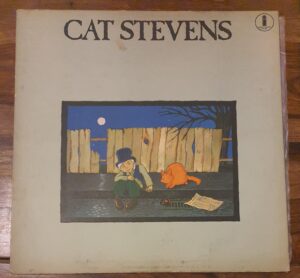 Cat Stevens – Teaser and the Firecat

Just stumbled across it at a record fair for like $3 – $5. Doesn’t get much play because I’m a bit of a metal head but it just brings back childhood memories. 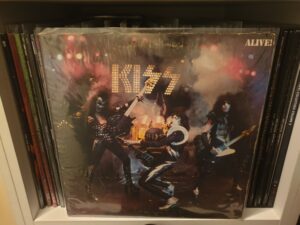 Originally my uncle left his record collection to me and my brother after he passed away. We were far too young to appreciate the collection of kiss and acdc albums we had and over the years they were ruined. Just before I turned 40 I started collecting vinyl again and my brother got me a bunch of kiss vinyl for my 40th that we had from my uncle. I now have over 200 albums in my collection and have replaced all the ruined albums. I still to this day credit my uncles gift for my love of rock music and vinyl. Harry James And His Orchestra ‎– One Night Stand (1953)

Digging for vinyl in the small coastal village of Mogo on the NSW far south coast, I came across this big band jazz album buried amongst a number of unremarkable crates. I love to collect labels, especially early ones — and especially jazz.

This one is really interesting in that it is among a handful of the first LPs made in Australia. The label is in crisp condition, striking blue and gold. It’s surprisingly a decent album to listen to and a nice piece of history to boot! It just goes to show you never know what you might find when you go hunting the hallowed format. Ram by Paul and Linda McCartney

Ram was my very first record bought from a newsagent in Merrylands West, Sydney 1971. Ordered and paid off in lay-by installments as were other records like Cat Stevens and Billy Joel.
Still have the record today in great condition ( cover has taken a battering ) and play at least on a weekly basis.
For me personally, Ram is the ” best record ever “ 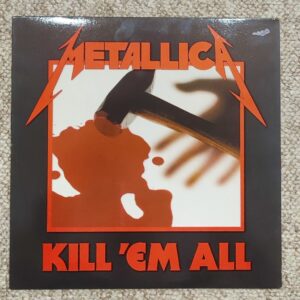 Whilst not the oldest record I own it is the first record I bought withy own hard earned cash… Bought in early 84 in a little store in Adelaide that specialised in imports… The music that spoke loudly to me as a teen, my parents hated it; that just made me love it even more! 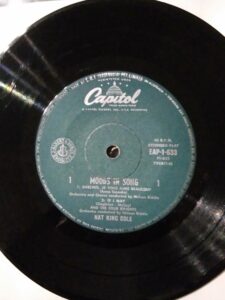 When I was 7years old my love of the top 40 singles chart really became an obsession. My parents started giving me “single” money each week to buy a 45 (7″) from the top 40. This continued for 10 years with collection growing to a healthy size covering 70’s and 80’s hits. Fast forward to the looming Covid-19 national lockdown and a search for a project to keep us busy. 3,000klm return dash from Cairns to Brisbane we picked up a jukebox from gumtree. I was wanting something I could easily play my collection with ease and to my surprise it came with 5,500 45’s thrown in. My wildest dreams of a full library of 7″ vinyl became a reality. I’m still on the hunt in op shops, fetes and garage sales for singles I don’t have to add to our library of 6,400 ranging from early 50’s through to early 90s. This Nat King Cole is one of the earliest in the collection. And as for keeping us busy during lockdown – it took 8 months to clean, catalog and arrange in shelving! 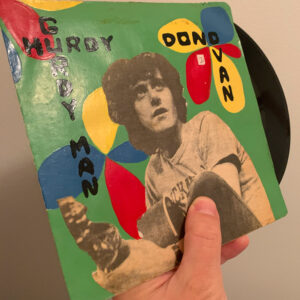 I bought this 7” single of Hurdy Gurdy Man by Donovan from my school fete, it was buried in the book stall and cost me 20 cents. I was really, really drawn to the handmade collage cover that it’s previous owner had made! At the time I had no idea who Donovan was or what the song sounded like but I had to have it based purely on the handmade cover. I still wonder who took the time to make this fabulous cover! I can vividly remember being blown away when I first heard the song, and even more surprised when I later read that 3 of the members of Led Zeppelin (Jimmy Page, John Paul Jones and John Bonham) played on the session! 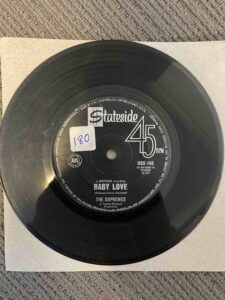 I bought this single at 78 Records, an independent record store in Perth Australia, sadly now out of business. The record received a lot of use being played at parties and nightclubs when I worked as a DJ in the late ‘80s. I haven’t listened to it for a number of years as I no longer have a turntable which is why I’m hoping that I can win this competition! I was about 17 years old and a girl I was sweet on bought this record for me. 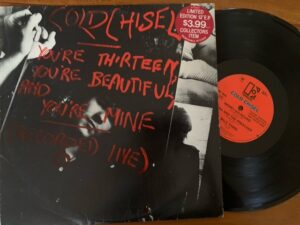 I was in the city one day with my Mum and remember begging her to let me go into Allans Music Store in Gawler Place, Adelaide. I annoyed her so much she finally gave in and there it was – the limited edition of “You,re Thirteen, You’re Beautiful and You’re Mine” by Cold Chisel, waiting for me to come and buy it. I remember annoying her even more to give me the money to buy it ($3.99) and in return I promised I would do so many chores around the house. Secretly, I was convinced that the album was named for me (as I was 13 at the time) and I was beautiful, and I wanted to be theirs!! Little did I know the real reason behind the title. At the time the band were listening to Jerry Lee Lewis. It was suggested that they name the EP “You’re sixteen, You’re Beautiful and You’re Mine” after the Jerry Lee Lewis song. Instead, one night, they all thought it would be funny to name it the title it is today, as he married his 13 year old cousin. This is the only Cold Chisel cover featuring female nudity (Jimmy Barnes girlfriend at the time). It was recorded in October 1978 at the Regent Theatre, Sydney and released in November 1978 As a young 13 year old girl, I thought I had scored the album of the century. I have it wrapped in plastic and I still listen to it today. I remember how exciting and thrilling it was to find a record and race home as quick as you could to listen to it. Still do !! 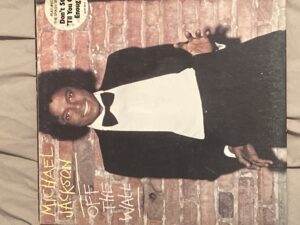 Michael Jackson’s Off the Wall from 1979