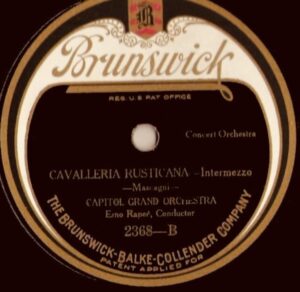 This record was passed down by my grandfather to my mother who is 84 and when we last visited we actually played this record and reminisced about all the music of this time and she wanted us to have it to keep it in the family. 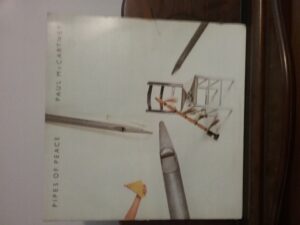 Pipes Of Peace by Paul McCartney

When I was a ten in 1983, my Primary School grade 5 class was making a film using Michael Jackson’s “Thriller” LP as the soundtrack to the film. On the album was the duet between Michael Jackson and Paul McCartney “The Girl Is Mine” which caught my attention more than any other song on the album. It was the first time I remember hearing Paul McCartney’s vocals and I was fascinated. I ask my teacher who the other vocalist was and she wrote down on a piece of paper Paul McCartney and the song “Say, Say, Say” suggesting that I should investigate further. I did not know who the Beatles, Wings or Paul McCartney at the time. My parents must of found the piece of paper in my school bag as I had totally forgot about the piece of paper with the song suggestion on it, so when I recieved the “Pipes Of Peace” album from Santa it was a wonderful surprise. It was through this album that I discovered the magic of my favourite artist Paul McCartney, Wings, the Beatles and eventually my second favourite artist John Lennon. This is not the oldest album in my collection, but it is the first album that I owned. It is still in a remarkably excellent condition for an LP owned and continually played by a 10/11 year old boy. 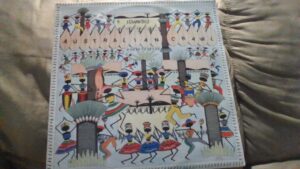 I bought this record at a small pop up shop (table and a few tubs of records) on the main street of Coolangatta on my way to get lunch. I saw the record on display and really liked the design. I had planned to bluetack it to my wall. I gave the elderly man $20 for the $10 record and he accidently gave me $100 in return, I obviously corrected him and we laughed it off. I bluetacked the album cover to my wall and gave the record to a friend, who played it for me a few months later. I didn’t have a record player and hadn’t intended on buying one. However playing that vinyl at her house and hearing a few more I was hooked and bought a record player of my own, along with many more vinyls. 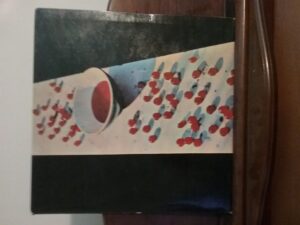 When I was a teenager in the mid to late 80’s, instead of listening to the top 40, I was discovering the magic of the Beatles, especially my favourite Beatle Paul. Living in regional Victoria, Australia, at the time I would travel to Melbourne to go 4 times a year to hunt 2nd hand vinyl stores looking for 45’s and LP’s of Paul McCartney and/or Wings that I could not buy new from the local record store. On one of these shopping trips I found this 2nd hand version of Paul McCartney’s first solo album “McCartney” in the now defunct Batman Records in the Melbourne CBD. This is not tne first album I bought, but it is the oldest LP in my collection. This original copy was my fathers from 1970. When he past a few years ago I found this among he stack of country and disco records. Of course I had to grab it and since then my vinyl collection has been growing 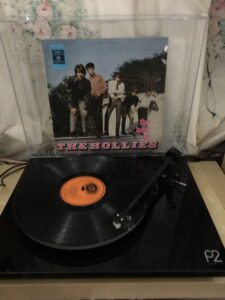 The Best of the Hollies

I bought it in 1968 with my 10th Birthday money on a Saturday morning in the store next to the YMCA where I took Judo lessons treasured it ever since and it still sounds fabulous. 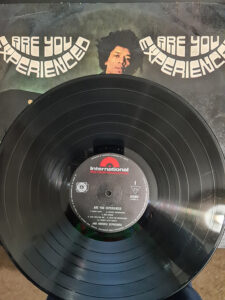 The Jimi Hendrix Experience – Are You Experienced

Some of my favourite child hood memories are listening to records with my dad. When he passed away, I inherited his records. After buying a turntable, so i could relive those old times, this was the first record I chose to play. 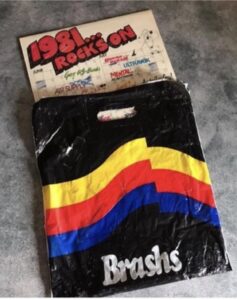 During my teenage years I would always buy compilation albums.
My parents found this still in the Brashs bag in their garage 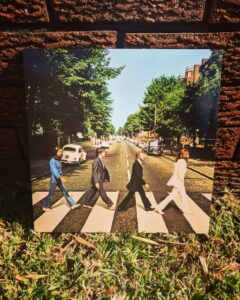 I bought Abbey Road with my first payslip from work to remember my grandfather.

When I was younger he used to tell me the story of how he met the Beatles in Nottingham England 1963.

He was a police officer in the early 60s before he moved to Australia. He was stationed 1 night at the local music hall because some band from Liverpool were gonna perform there.

The Beatles were running a few hours late for the gig and nowhere to be seen so the captain told the officers to go look for them.

My grandfather found them nearby in a little pub smoking and playing pool. He asked them politely to come back to perform at the music hall. He said Paul and John gave him a rude reply to him so he said to them “There are thousands of screaming girls back there so you can either go and perform for them or go home to Liverpool!” He often said George and Ringo were the nice ones and apologized.

So they performed that night thanks to my grandfather. I asked him was the concert like, he said he couldn’t hear a thing since he was at the front with screaming everywhere. I saw this in a record store while travelling in new Zealand back in 2009. It was the very first record I bought. I hadn’t even yet bought a turntable but, I knew I must have it as I was such a huge fan of Bob Dylan. I especially loved the song “Hezakiah Jones”. Listening to the sound of the old, live recording and watching the record spin around made it sound so authentic and special that it started off my craze for collecting vinyl records. 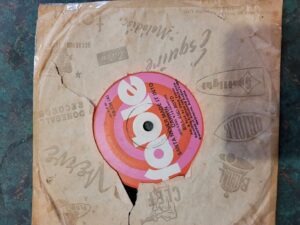 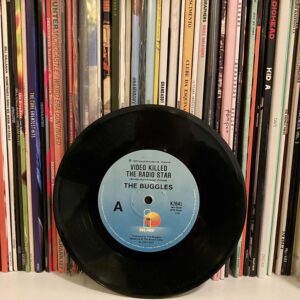 This was the first song I remember going nuts for – I was maybe 2 or 3. My mum figured out I loved the song so bought me the 45 – my first record as a toddler! Mum would put it on and the sounds filled me with such overwhelming excitement that I’d run around a table in circles until I collapsed on the floor in a giddy, dizzy heap. That started my music obsession, and I’ve been chasing that high ever since – those songs that seem like some form of magic that rewire your brain and make you want to listen to them again and again and again…