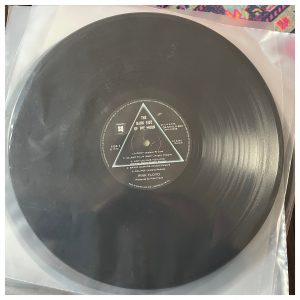 The Dark Side or the Moon – Pink Floyd

As a 90’s kid who only really knew of cassette tapes & cd’s, a “cool/delinquent/black-sheep” uncle of mine introduced me to vinyl records and rad music. Up to that point i’d only known them as those things i’d find on peoples verges and toss around like frisbees (*hangs head in shame*). Before he passed away he gave me a couple from his collection, and included The Dark Side of the Moon & A Night at the Opera by Queen. Both which I ended up loving. Sadly they didn’t have covers due to water damage, but I have no intention of ever selling them given he specifically gave them to me and we’d kind of bonded over them and his love of music. Which then became mine. 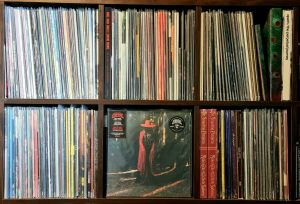 I went to see a friends band perform at their album launch, and afterwards purchased some merch to give them some support, unfortunately they only had the record still available, so I purchased that even though I did not own a turntable.

I then needed to buy a turntable, naturally, and then needed more than just 1 record to justify the cost of the turntable. 4 short years later and I now have over 350. Showing a friend’s band some support has turned into a $20k addiction! 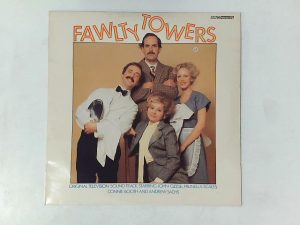 It used to be my Dad’s. He gave it to me to test on my first record player, and he said I could keep it. My collection only grew from there. 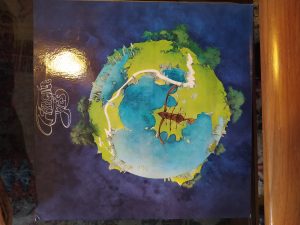 I was in an op shop, rifling though dusty old records, when I spotted this gem. Yes is one of my favourite bands, and this is one of their best albums. I’d been hunting it (and Close to the Edge) for years, so it was an exciting find. 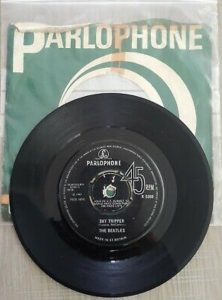 My uncle worked in radio in Australia for 40 years are used to send me boxes full of old demo records this was one of them. I received it around the late 70s. 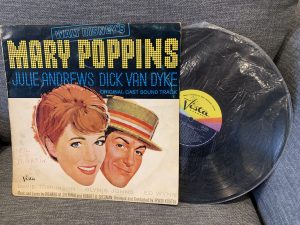 I knew the soundtrack for Mary Poppins before I could recite my ABC’s for memory. Some songs just stick with you! And that’s what happened when I first heard my grandpa play his Mary Poppins record.

It was about 1999 when I started singing along to the incredible soundtrack, and would try and play along on the Piano by ear. When I was able to play Piano with both hands (aged 8), my grandpa gifted me his Mary Poppins record & record player. I’ve lived in a lot of houses, moved through a few different cities in my life, and I’ve taken this everywhere I go. This is the one gift I have always, and will always treasure. 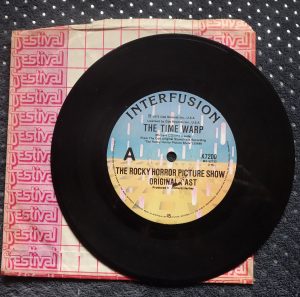 So many things have changed since 1978 but I’m grateful for one constant – I had, and still have, the most exquisite, avant-garde and just generally effortlessly magnificent elder sister: the sole reason that while my friends in primary school walked around the playground singing songs from Grease – which was the soundtrack to their lives – I walked around singing songs from The Rocky Horror Show – which had been the soundtrack to mine. Eventually my sister moved into a share house with art college friends and her records went with her… it was awfully quiet at home. But I saved my 20c a week pocket money until I was able to claim this coveted disc from the display rack at K-Mart, making me the proudest kid in the world, the owner of my first record.

There’s a part 2 to my love for this record; the reason why I can listen to it with pure joy, or in convulsions of grief. Two years later I was just 12, it was the beginning of the school holidays and not long before Christmas. My mother took me on a special outing to the City (it took about an hour and a half on the 190 bus back then) to actually see the Rocky Horror Picture Show at the cinema – what a day! I took in the visuals – which weren’t too abysmal – accompanying the beloved, accustomed songs, with a child’s innocent wonder. I swear that absolutely every ‘inappropriate’ element of that movie passed so high over my head that it didn’t even cast a shadow. Late that afternoon when we returned home, I ran to tell my father all about it. He was asleep, but I couldn’t wake him up. No-one could.

So this song, this little record, my first musical love, carries the joy of a child and the grief of a Summer afternoon when childhood ended. Time IS fleeting. If I could get into a time slip I would, just for one more day, hour, even a moment, with my incomparable father. And I hope that when my life hits its play-out groove, my kids will have a song half as wonderful to hold on to. 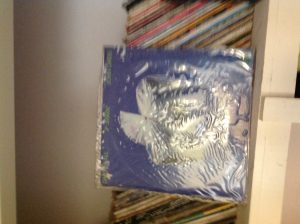 It’s not the oldest I have but it’s the first record I bought with my first pay packet back in the early 80’s. I had heard Hall & Oates songs on the Top 40 and I knew I had to have it. Pleased to say I went on to buy another 4 Hall & Oates albums. ( We have over 250 albums and I don’t want to go through each and every one to find the oldest.) This album purchase was my most memorable. 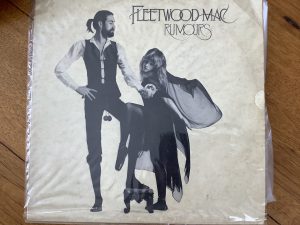 First full time job and first hifi and the start of a love of music, 1979 say no more. 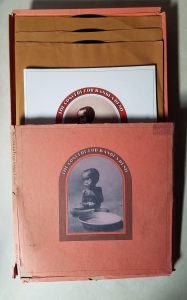 The Concert for Bangladesh – Various Artists

The Concert for Bangladesh – Various Artists, was a record set that I came across 20 years ago in an op shop, it looked decrepit with it’s collapsed box holding three records in brown paper sleeves that have the feel of old shopping bags. But when I played the music, the sound was fantastic. Both vinyl and recording quality continues to sound wonderful after 50 years. 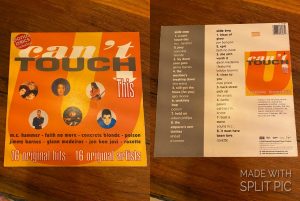 It was 1990, I was a 6yo living in regional NSW, and I had saved up all my pocket money to buy my first record so I could play it on dad’s stereo ($20 was a lot for a young kid in those days!). I loved the song ‘U Can’t Touch This’ and so I went down to our little locally owned record store and handed over my hard earned cash. What I didn’t expect was the record to open my ears to a wide range of classic tracks and fuel a love of all different styles of music. I can still sing all these songs word for word when I spin it for my 2 young boys. They love it just as much as I did all those years ago. A priceless and beloved item in my collection! 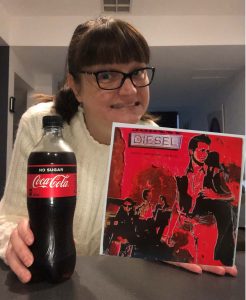 Johnny Diesel and the Injectors

It was 1989 and I’d gone with my Dad to the dentist. To keep his 14 year old daughter occupied he gave me a $20 note and told me to go buy a Coke while he was in the chair. Off I went and before I reached the deli I found a record store and there it was….the brand new Johnny Diesel and the Injectors album. It cost $20 and I figured that was exactly how much I had so I bought it. When I went back to the dentist Dad was so angry but his face was so numb he couldn’t yell at me (and it was right on the tip of his tongue)!

P.S. I had to photoshop the album in because I’m currently in lockdown and the record is at Mum and Dad’s place (it’s a Cry in Shame)!