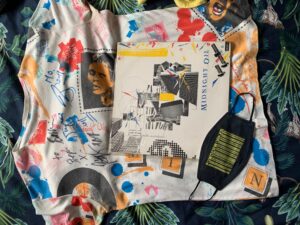 Not many people can say that the first band they ever LOVED as a young teen, is still performing and making music more than 40 years later!!! Yes, I’m talking about Midnight Oil. My oldest record is 10-1 and I’ve owned it (and every single Oils album) on: vinyl, cassette, cd, ipod, now apple music. I have the best memories of buying 10-1. It was 1982, my 14th birthday was approaching and I was BEGGING for this album. There is something special about unwrapping what you REALLY want on your birthday. Decades later, The Oils are STILL my favourite band, still performing strong! I have all their albums… but I don’t have a record player, so winning this prize would really make me the happiest Oils fan in the world! 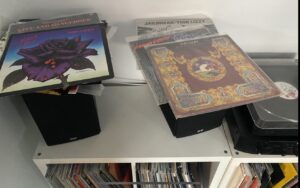 Of the 300+ records I have- My mother’s Lizzy collection brought over from the UK to Ireland and all the way to Australia is my most precious. Aside from Thin Lizzy being and amazing band I love the thought that my mum had those record’s touched and played them and the smell – Spotify doesn’t do any of that ! 😜

Roisin Dubh is my fav ! the artwork by Jim Fitzpatrick is fantastic! 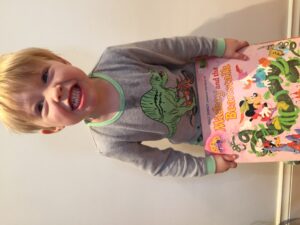 This may not have been the first album I purchased but it is one of the oldest album I have that is dear to my heart and is on high rotation on the turntable (and still playing extremely well). For me this is the most amazingly underrated album and band. This album weaves a tapestry of a desolate landscape, hot summers and the Australia I grew up in. Truly a work of art and David McComb was taken way to early and while ‘Red Pony’ from Treeless Plain is a lot of people’s favourite Triffid’s song and everyone should know ‘Wide Open Road’ from Born Sandy Devotional (if you don’t then you seriously have been under a rock) my favourite song is ‘Lonely Stretch’ a truly awesome song about love lost with one of my best bit of prose with ‘Well, there is a spot on a map, it’s just a tiny dot, that is where my sweetie lives, you know that means a lot’ this is so simple but says so much. I could go on and on and on and I know this is about the oldest piece of vinyl in your collection and it is very close…If you haven’t listen to this album…’then do yourself a favour’ 🙂 Yes I did that. 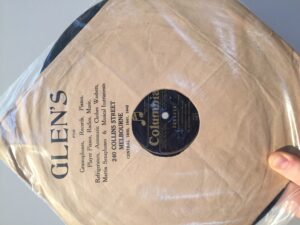 When I was 15 I would buy crates of records from op shops for $5-10 without looking at what was in them. 17 years later and I’m rekindling my love of vinyl and found this and a few more of similar age in boxes in storage. 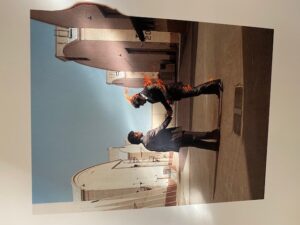 Pink Floyd – Wish You Were Here

After school one day I was hanging out with my friend at her boyfriend’s house and he put on Pink Floyd’s album ‘Wish You Were Here’. I can’t even begin to describe what I felt as the haunting first notes of ‘Shine On You Crazy Diamond’ drifted out through the speakers. I couldn’t wait to go to my job after school that week because I knew exactly what I was going to buy at the local record store (I bought this album first on cassette) as I didn’t own a record player then! A couple of years later it was also the first vinyl I ever bought. It still brings out every emotion in me when I listen to it. The song ‘Welcome to the Machine’ also has one of my favourite lyrics ‘What did you dream? It’s alright we told you what to dream’. As someone once said, ‘When you’re happy you enjoy the melody, when you’re sad you understand the lyrics’. 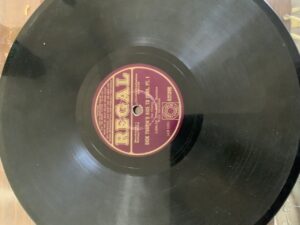 It was found in a box of brick a brack that was purchased at Albion antique auctions.. 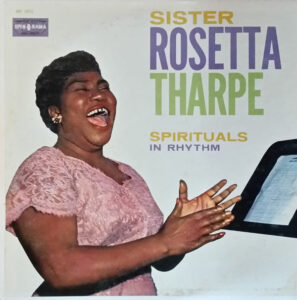 I discovered this on one of my great crate digging expeditions. I rode home with the record strapped to the back of my Vespa, buffered by trucks and wind. We’ve had a lot of good times together since! 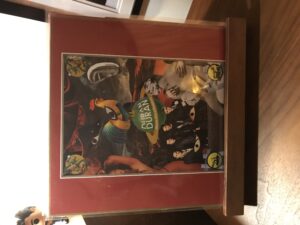 I had not had a vinyl record for many years and we did not have a turntable anymore. Being a huge fan of Duran Duran, who did not come to Australia for their Paper Gods tour, I wanted to hear their music in the purest form, so I decided I would purchase their live album – an RSD exclusive, Duran Duran Budokan & also new turntable and speakers to listen to it. I had forgotten how amazing the sound
is, listening to a record. I now have over 100 pieces of Duran Duran vinyl & would only purchase vinyl in the future for any artist! 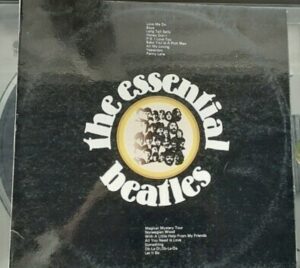 I was 7 and bored and annoying my mother who told me to go and listen to a record. I put on the essential Beatles and the first chord of hard days night changed my life. I was a slave to music instantly. A very pivotal day in my life. 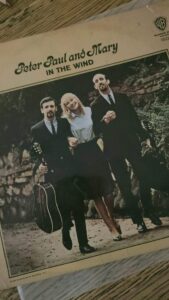 I have a good friend who’s father passed away in the last year. This man collected plenty of great records, much of which have now been boxed away. My friend however knowing that I had just reconditioned a turntable and was beginning my first collection of albums asked If I would like to select a few. I said I would be honoured too…however I could not make it to see the collection before my friend moved town. So my 11 year old daughter went with my wife and selected some albums she thought we would all like as a family. This was one of her choices, it gets played regularly, we love it and it’s an original pressing.
Personally I had never really listened to Peter, Paul & Mary before. I’m glad I did, they are great and I can see how much of an influence they had on the alternative/underground New York music scene of the 60s & 70s and beyond.