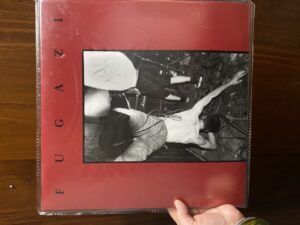 My ex left our family for another women and left his record collection behind. Oh well scored a rad collection!! 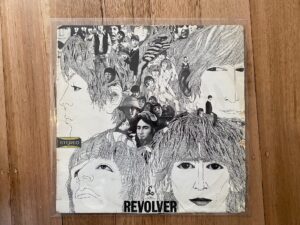 A boss of mine gave me this when I first started collecting records when I was in my early 20’s. That was it, I was hooked forevermore. He has now since passed and this record holds a very special place in my collection. Its a bit beaten up and bruised but I still love it to this day, with all the pops and crackles. It was part of my dads collection that I co-opted a few years ago. It has been a regular listen ever since. 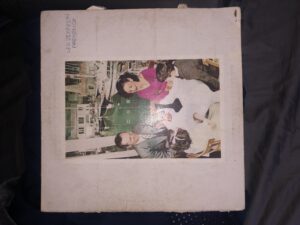 It was given to me by my grandmother before she passed, one of her friends worked in a record store in Sydney years and years ago and someone who had supposedly worked in the studio where zeppelin recorded the album came in with it to give to her 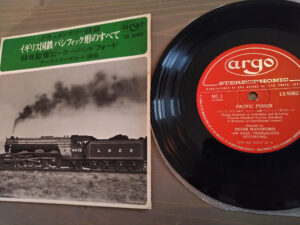 My first (and oldest) record was given to me on my 1st birthday is the 1966 Japanese pressing of Pacific Power (7″ 45rpm) recordings of various steam locomotives, the main recording being of the Flying Scotsman at Aylesbury and Brackley.

Did I become a trainspotter? No. Do I collect records? Yes. My collection includes a few original Japanese pressings of Beatles inherited from my parents. 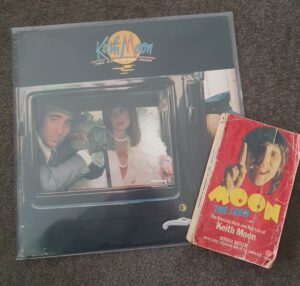 It was 2004 or 5 and i was about 18, in NZ, and really getting into music, mostly listening to music i had downloaded.  I was reading a book about Keith Moon, drummer from The Who called “Moon the Loon” and I really liked it. I wanted to read more so I searched on a website called Trademe and found a store selling his solo album for $5 so I got on a train to the other side of town and purchased it knowing my dad had an old record player in the garage. When I told my dad I got a record he told me there was no needle on his old technics, so I had to go back to the internet and find one, at the time internet shopping wasnt what it is today, i had to get it from overseas and it took weeks to arrive. Then the amp didnt work and I needed one, then finally when everything worked and i had played through my dads small collection, i needed more records.. my ordeal should have been a warning that it was going to be an expensive hobby.

I still have both the record and the book. It is known as an expensive album to produce at the time and terrible album but I dont mind it, Keith Moon is not a bad singer. It has many guest musicians listed as working on this such as Ringo Star and Harry Nilson. I dont think it has been rereleased on vinyl and it seems fairly uncommon downunder. 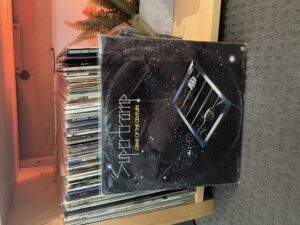 Supertramp – Crime of the Century

When I was a teenager I purchased this from a second hand bookstore, it was one of the first vinyls that got me into collecting. 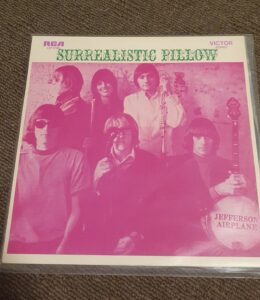 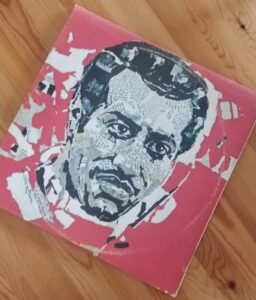 This was a birthday gift for my older brother in the early 80’s when I was very young. I listened to it throughout my childhood. I ended up with it because I’m the last person in the family with a record Player. 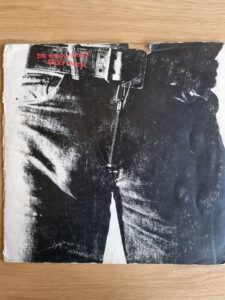 I scored this gem while rummaging through a record stall at the Manly Village Markets about 20 years ago. Best vinly purchase I ever made. 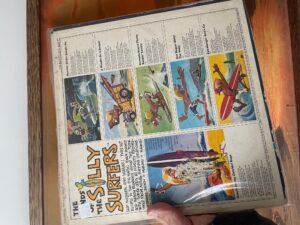 The Sounds of The Silly Surfers 1964

Discovered the band via Pearl Jam doing cover for a Surfrider Complication called ‘Music For Our Mother Ocean’, very little is online about The Silly Surfers and at the time couldn’t find the LP anywhere. I was in the US crate digging and happened to stumble across it. It one of the jewels of my collection. 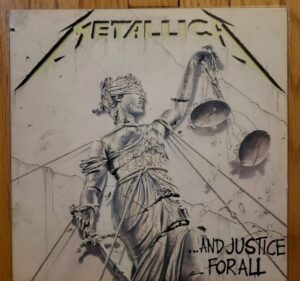 Metallica’S… And Justice For All.

Around 1996, my dad came home with a copy of the album which he bought from a second hand record store. He bought it because he knew I was heavily into Metallica and thought I’d like to add it to my record collection. I would’ve loved to have seen his face at the register when he found out how much it cost! Just a nice gesture, and a little gem I can pass onto my kids. Eventually.