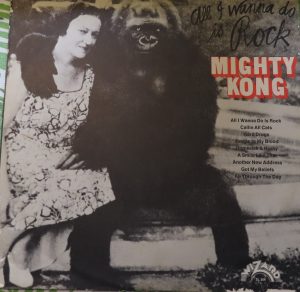 This is a original issue of Mighty Kong featuring Ross Wilson, Ross Hannaford, Ray Arnott. It is the oldest LP of Australian Rock in my collection, although I once had copies of AC/DC’s TNT and Let There Be Rock, misplaced and/or where about’s unkown. I cannot recall where it was purchased exactly, but probably would have been through my local music shop at the time of release, and sadly non existent anymore. 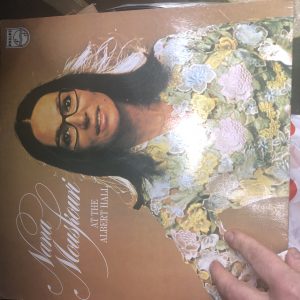 Who knows why I have this!! I have no idea why this appeared in my life it’s bizarre???!! If only I had a record player 🙂 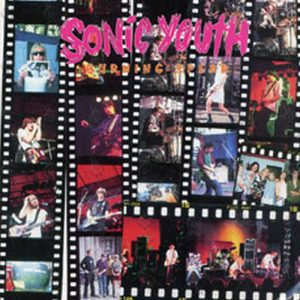 This 7″ brings back a flood of fond memories of the ‘alternative’ nineties scene. The rise of grunge, punk pop, straight edge, experimental art rock, even Brit pop… along with flannels, mosh pits and the sense of a new music generation.
After seeing the electric and mesmerising Sonic Youth at Melbourne’s first Big Day Out in 1993, I went out and bought Sonic Youth “Dirty” CD… it came with this very limited edition 7″. Back then, the Big Day Out was the best day ever of the year, and listening to this take me back to that magic time at the Showgrounds. Bought it after I saved for weeks, doing odd jobs – I wanted to get, I needed to get it.. Parents never understood why i loved this records 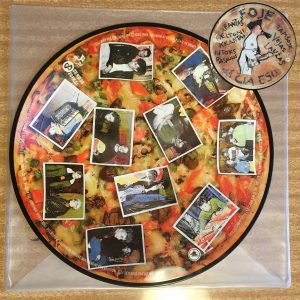 This story goes back a long time ago in Easter Europe.

I grew up in Lithuania where the most famous local band FOJE was also my favorite. My dad loved music so we had all of their albums. Sadly, he was quite progressive so at some point we got cassettes and then CD’s when records were still available. But there was one particular record my dad had on the wall in his office.

And here is the interesting story about that. The band released a limited edition concert record without a sleeve, just the B side of the record looking like… a pizza. Public wasn’t impressed. So many of those records were turned into lamp shades for one of the first pizzerias in my hometown. Yep. Pizza was a bigger novelty and more interesting than records back then. But as a fan I always wanted that record. Then one day my dad gave away our old record player (of course, CD’s! The progress!) and records to my cousin. We played them. We were pretend to be DJs and scratched them. We grew up, records ended up in aunties basement. I picked some of my favorites as a memento to keep.

Some time later another cousin asked me if I knew where the pizza record was. Nobody could find it. Meanwhile I picked some of my rescue records and took them with me to Australia. Once I wanted to listen to some nostalgia. I picked a record, removed it from it’s sleeve and guess what it was! The pizza record, hidden in some random sleeve!

Then the singer from the band visited Australia and had a concert in Lithuanian club. And I asked for an autograph. He was mildly surprised to see this record here in Australia. “It is quite scratched and does not play well” – I said.
And he replied “It wasn’t made for listening in the first place”. Whatever it meant 🙂 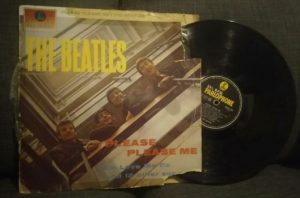 My father’s record collection consisted mainly of James Last and Mrs Mills LPs. I think my uncle felt sorry for me, so when I was six he gave me a copy of Please Please Me. That album changed my life. I played it over and over, much to my father’s disgust (“that music won’t be around in 50 years”). Well, more than 50 years later, I still have that record, although like me it has seen better days! I will be forever indebted to my uncle for his gift, which led to a love of vinyl that has continued to this day. 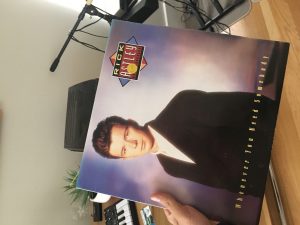 Rick Astley – Whenever you need somebody

I was at my grandmothers house, and I found a collection of her records. She then came in the room, pulled this record from the shelf, and told me that she was never going to give me up, let me down, run around, or desert me. 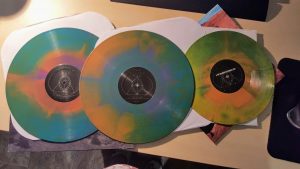 The Glitch Mob: Drink The Sea

Once upon a time, 4 years ago… My audio enthusiast husband tried to convince me to purchase some vinyl for myself and I wasn’t very convinced but looked around until I found something I liked. He left most of his collection back home in the US when he moved to Australia several years ago and we hadn’t even purchased a new turntable at this point so had nothing to listen to our music on if we bought anything.

I purchased what I thought was a plain black vinyl edition of Drink The Sea by The Glitch Mob. It finally arrived from overseas and it ended up being a beautiful RSD 2014 edition and I fell in love instantly. I’d never seen anything but plain black vinyl previously and this was it. I’m all in now. It even came with a bonus EP which I wasn’t expecting let alone a colourful rainbow explosion of beauty .

We now have over 300 albums in our collection, I make sure to look for fancy coloured versions and see them as artwork.
I like modern music so don’t have many actual “old” albums although we have some classics in our collection.

We did eventually go back and bring a bunch of his vinyl back here, we loaded up our carry on luggage to the maximum limit and lugged it all back on the plane with us a few years ago. 😀 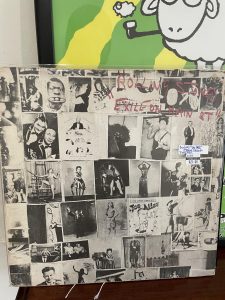 Trawling record stores in San Francisco in 2019, you know when travelling the world was normal 😫😩 Always wanted the first press, and found a good sounding version in a tattered cover. 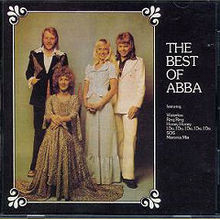 The Best of Abba

I bought this back in 1975, when I was in primary school. I saved up my pocket money to buy it. This is when my obsession with collecting vinyl started. Also my obsession with Abba! I am still a crazy Abba fan, to this very day! 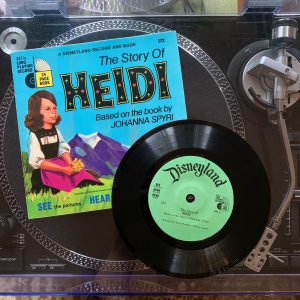 The Story of Heidi (record & book)

“This is a Disneyland Original Little Long Playing record, and I am your story reader. I am going to begin now to read the story of HEIDI. You can read along with me in your book. You will know it is time to turn the page when Tinker Bell rings her little bells like this…(*bells ringing*). Let’s begin now.”

Reading the book now, it seems quite a bizarre storyline – times sure have changed, but the memories remain. 🙂 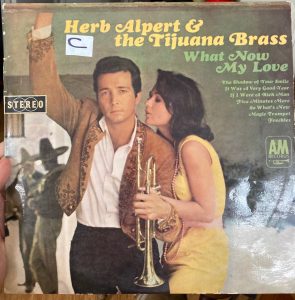 Herb Alpert & the Tijuana Brass – What Now My Love

We bought a box or records from an auction house because it had a signed copy of the Monkey Magic soundtrack. Herb Alpert came in the box.