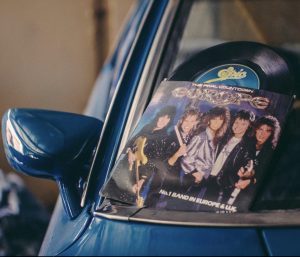 The first record I ever got.
It was 2006, I was 16 and going on my first road trip with my dad in my recently purchased 1972 falcon, where I was at the wheel with my Learner plates on, leaning to drive. The whole road trip we were laughing and playing the song ‘the final count down’ by Europe, which for one reason or another we found hilarious at the time. Towards the end of the trip we stopped at Rutherglen. Dad and I both raided a local op shop and met up at the end to see what goodies we had got. I picked up a book, but dad said ‘close your eyes, you won’t believe this’ and so I did… and as he told me to open them, there was ‘the final count down’ on a 7″ record in his hands. We both laughed our heads off at the odds of the find considering the absurd amount of time we had spent listening to it on our trip! We laughed at packed it away into tie car and made our way home.
When We eventually got back from home and unpacked, the record was nowhere to be found. Neither of us could remember where it was put, and so it was forgotten about. I started collecting more and more records from that point on, but was always sad we lost that first record.
Fast forward 10 years and Dad and I have decided to restore my falcons interior, which meant pulling apart everything from front to back. Seats, carpet, everything. I was going through and clearing out the boot and i saw a Melways wedged in behind the back seat and boot area… thinking it was just junk, I pulled it out but felt there was something rigid inside, and so I opened it up, and there… sitting safely between the pages… in all its glory… was the Final countdown record we had purchased all those years ago. We couldn’t believe it. It brought back so many funny memories of that trip, and how it started a passion of collecting records. The above picture is of that very record sitting on my now-restored 1972 falcon that we drove on our trip. One of the best memories we have and it only took 10 years and a running joke to make! 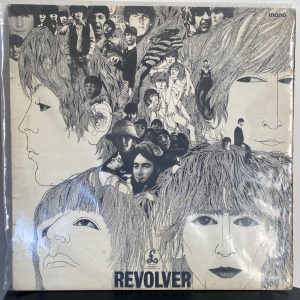 I’ve always been a Beatles fan and am always for the lookout for any pressings to add to my collection. Very early on when I started collecting Beatles albums, I was looking through a pile of old records in a second hand shop in Tasmania. There were the usual ones you find, but I came across an old copy of Revolver. It was quite cheap (can’t remember how much), and just stored it for some time. This is one of the oldest, original records I have. After a while I did a little research on the record, looked at the matrix number and discovered that this copy was one of the first UK pressings – the few that were actually withdrawn. This is the earliest possible pressing featuring the withdrawn mix of ‘Tomorrow Never Knows’ and the rarest E.J.Day Cover. Apparently there’s about 600 of these. Anyhow, it always pays to dig deep in second hand stores, op shops and even tip shops as you never know what’s there. 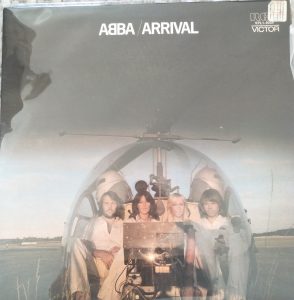 Christmas 1976. I was 8 years old and had seen Abba for the first time on our new TV. I asked Santa to bring me the record arrival.. sure enough, Christmas morning there it was. this record was played every day and I knew the words of every song. I think gave me my interest in music which I still very much have today over 40 years later 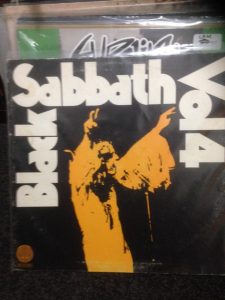 In year 9 or 10 ?.. Somewhere in the Nineties, I picked this epic slab of wax for 50 cents at a primary school fair in Western Victoria..
From that day a love for records was born! Digging through op shops, garage sales any ware that had an old crate of lps waiting for me to discover forgotten riffs. This addiction led to me doing my work experience at Corduroy records pressing records.
The habit is real.

I digress.. back to the epic Volume 4, This riff heavy monsterpeice has everything from driving riffs of “Supernaut” Blissed out instrumental cuts like “Laguna Sunrise” and moments of indulgence with “Snowblind” and “Changes”
I don’t know if I will every find such and influential lp for such a score ever again..
The search continues 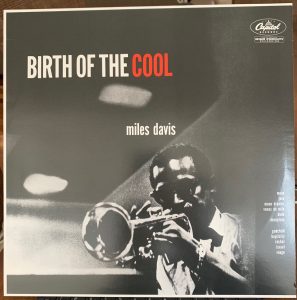 I was already into John Coltrane and wanted to expand my jazz collection.
I new the name Miles Davis but hadn’t heard any of his music.
This was a bit of a “blind buy” but boy was I blown away.
What a master piece. 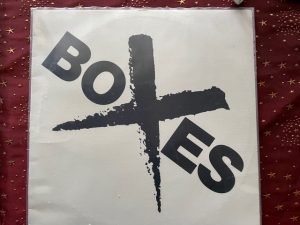 I was a big fan of icehouse, and an official fan. They had a competition, and I was a lucky winner (I don’t think I won anything before it, or since). An incredibly beautiful album, and still feel privileged to own this little beauty. 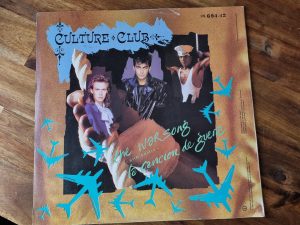 I bought this in 1984 when I was 8 years old. It was my very first record and took me weeks of saving pocket money (which was $1 per week back then) to be able to buy this record. 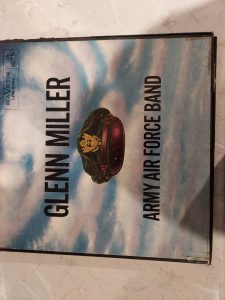 A Glenn Miller boxed set from 1955

I inherited it from my mum when she passed away, lots of memories of it playing as a child. I didn’t appreciate it then. 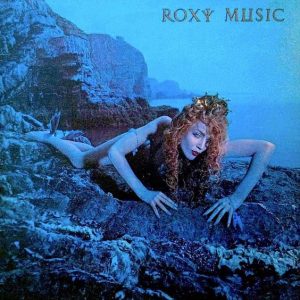 My first record bought at Abels Music in Canberra in 1976. I was 16 and back from a trip to the UK with my family. I had seen Roxy Music on TV there and thought Bryan Ferry was very cool. Abba was also just breaking big in Australia with Waterloo, so I had to choose between Abba and Roxy Music LPs! After all these years, I still think I made the right call. “Love is the drug I’m thinking of……oh yeah” 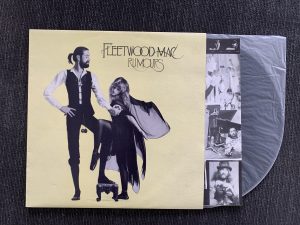 So I was gifted this original 1977 pressing of Rumours for Christmas by my sister’s ex-boyfriend after they had broken up. I’m really not sure why he gave it to me, we were never super close or anything enough to give presents after the breakup, but apparently he had two copies of the album and didn’t need one of them. What’s interesting though is that this copy has a textured cover and centre label that don’t seem to matchup on discogs or anywhere like that. 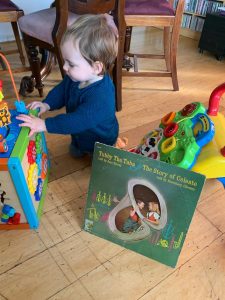 I’ve had this at least 55 years, one of the few “deemed-suitable” records that my parent bought when we were children.

As a kid I loved listening to it. I could make up some crap about how the story of Tubby resonated with me – feeling out of place in the orchestra, needing to find his own rhythm – but the truth is that it is just a beautiful and soulful piece. It has a lot to say about music and it is skillfully narrated by Jose Ferrer. Listening to it brings warmth to my heart.

These days, I also play it to my gorgeous grandson and encourage him to find his own melody in life. I think he will. 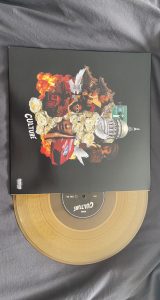 I was on holiday in America when this album dropped and without even listening to it, I ordered the vinyl – the very first vinyl I ever bought.
Limited edition gold coloured vinyl with only 1000 pressings, I couldn’t miss the opportunity.
The album ended up being a classic, and I am still super proud of owning this vinyl.