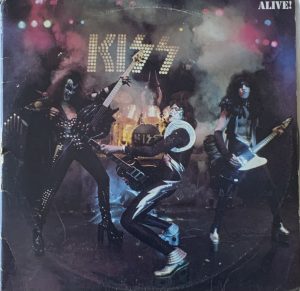 Not the oldest but the first record I bought. Paid for it with my paper run money. Every Saturday and Sunday morning pushing the newspaper barrow around Milperra, which led to many other purchases, AC/DC , Black Sabbath,Iron Maiden, Judas Priest etc by the time I was 16 had accumulated over 50 records, all of which I still have and play. 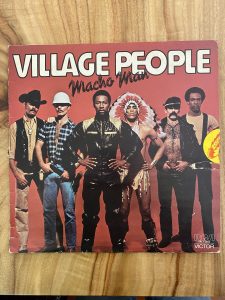 Some people can proudly say their first record was Friday on my Mind by The Easybeats or Boys Don’t Cry by The Cure. Unfortunately, I can’t enter into those conversations because the first record I bought in a record shop was Macho Man by The Village People. In 1978 I thought it was the coolest thing ever and even my mate Jack at school said, “mate, that is cool.” How could it not be with tracks like “I Am What I Am”, “Just a Gigolo” and “Key West”. Then for about 40 years it wasn’t cool and I hid Macho Man in a hard-to-get-at part of my collection (like a secret section of embarrassments). Now, seeing your competition, I’m ready to put Macho Man back where it rightly sits: proudly spinning on my turntable! 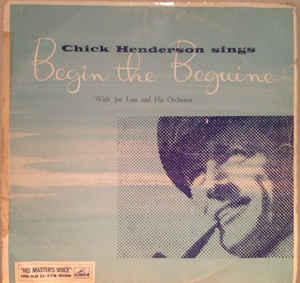 My father had it as his earliest 33 1/3 rpm HMV pressing from Sydney. Discogs has no dating on this but it looks to be a very early LP perhaps late 50’s. It is very clean and plays really well. 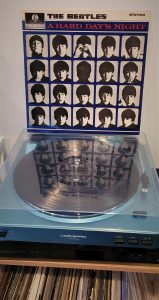 It’s one of my mum’s from when she was a 7 year old and very much in love with The Beatles!
A few years ago, my parents sold our family home to downsize (they now live on a boat) and no longer had room for a record player. I’d just started my collection, so that Christmas my parents gifted me their collection! So many greats in there; Led Zeppelin, Blondie and this Beatles Album. What a great Christmas, these records now have a new lease on life and I get to share memories with my family! 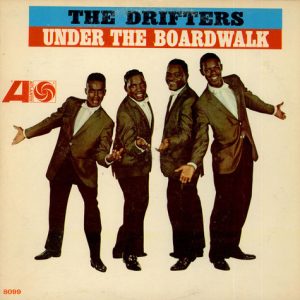 The Drifters – Under the Boardwalk

Starting out & fascinated with music, in particular Rhythm & Blues, I didn’t have a lot of money. I happened upon a Garage Sale & I purchased this album for $.50. It was so badly scratched I could not get it to play through in 2 or 3 places, even on my cheap portable, I was so taken in I had to have a good copy. Where I am in Australia R&B was not that that popular. I left my name with every 2nd hand shop I knew, to keep an eye out for me. Eventually I ended up with 8 copies in all in various covers & from different places, some with different tracks . I still have them all 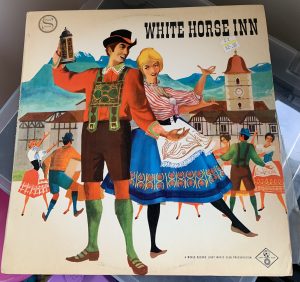 A number of years ago I held & hosted a Record Store Day house part & the condition was that all guests brought with them a record for the party to listen to & enjoy. One of my best mates gifted me this record as he’d bought it from a second hand store the day of the party as some fun. Of course it was a great time & I look forward to holding another day like they once again post covid restrictions. 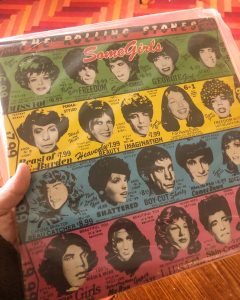 It’s the original Some Girls album cover (yeah the one that got the Rolling Stones sued by the estates of all the celebrities featured), found it in dusty second hand shop down some alley in Florence and haggled with my limited Italian. 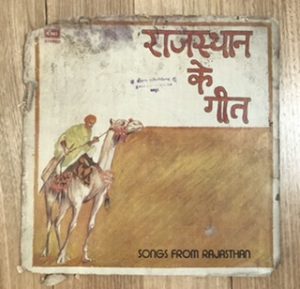 Travelling across the state of rajasthan, India my friends and I came across one of the oldest record stores in the world, remnants of when the British colonised the country. The owner welcomed us into his store and played beautiful local Indian records through the gramophone. My partner and I bought the “sounds of rajasthan” record as a souvenir to remember our trip and this incredible experience. I feel like this record preserves language and history and when listening to it- you are seriously transported to another time. The cover is falling to prices because of its age but the record is still in great form. 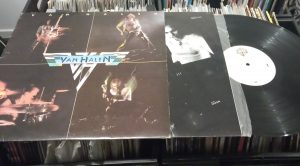 I bought Van Halen’s first album when I was 12 in early 1985. I lived in a small town in the Blue Mountains, but luckily the record store in the next town was pretty awesome. My friend Chad, who was 10, had told me he saw this album there a few days earlier. There was no way I would be allowed to “waste” my limited money that I had left from Xmas in buying this, so I convinced Chad to wag a day off school pretending to be sick, on the day that both our mum’s did the weekly shop. I somehow managed this and as soon as my mum left I dressed over my pj’s and left with Chad in tow (how he managed to fool his mum I’ll never know) on our bikes for the 6km each way ride. It was a bit of a slog, uphill all the way there, but we got there and back and I was in bed before my mum returned. How I got away with this still amazes me now. The record blew me away especially Eruption, and a few years later I was playing guitar myself. I recently looked up Chad on facebook, and he’s into motorbikes. I still play guitar. RIP Edward, you changed my life that day. p.s. I have since “wasted” thousands on records. Love ya Mum!! 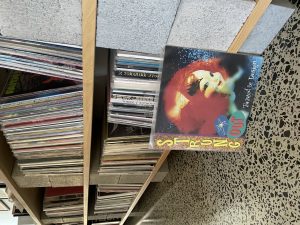 Strung out twisted by design

Though not being the oldest by age I bought this album at a gig when I was just 18 this was years prior to owning an actual record player and i carried this record throughout the gig and then through the city on a night out afterwards. Has travelled life with me for over 17 years 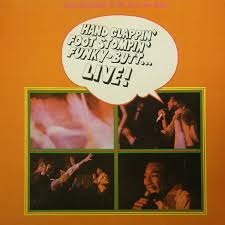 I grew up on a diet of northern soul and disco from my parents and stumbled across this record whilst on holiday in Italy. I knew of Geno and the name of the album alone meant I couldn’t resist buying! I have not regretted it! 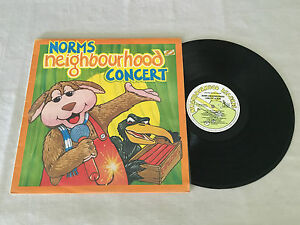 I have had this record since I was about 3 years old which would be about 1983. I loved Shirl’s Neighbourhood, thought it was the best show on telly as a kid. My fathers best friend was big time into collecting vinyl and bought me this as a present. I still cherish it. A by gone era of television and of kids entertainment.