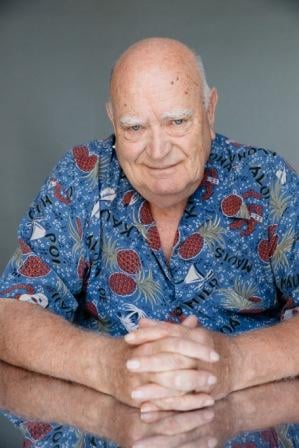 We are beyond excited to welcome Michael Chugg as ambassador for Record Store Day 2018.

The music industry in Australia is what it is and punches above its weight overseas due to a small number of committed folk and Michael Chugg is one of that small band.

It’s no exaggeration to say he’s a legend as a music manager and tour promoter.

A pioneer of the Australian music industry, Michael Chugg has garnered a reputation both locally and internationally as one of the country’s most prominent music promoters, and is a name synonymous with some of biggest tours to have come through Australia and New Zealand over the past 50 years.

He has toured some of the biggest local and international artists in the world, and has picked up numerous industry accolades along the way. He has been named as Pollstar’s International Promoter of the Year four times, has twice picked up the Best Promoter gong at the International Live Music Conference, and has a multitude of Billboard Awards, Helpmann Awards, Country Music Awards, Musexpo Awards and more under his belt. In June 1998, Michael was appointed a Member of the Order of Australia in recognition of his contribution to the Australian music industry.

Five years ago, Chugg established Chugg Music, an independent label and management company handling Australian artists. The indie label has seen major success over the years via Brisbane-based band Sheppard, who are fast becoming one of the world’s best young pop bands. Responsible for global breakout anthem ‘Geronimo’, the first two singles from the band’s sophomore album Watching The Sky have achieved Gold and Platinum status respectively in Australia, with second single ‘Coming Home’ reacting in over thirty territories worldwide.