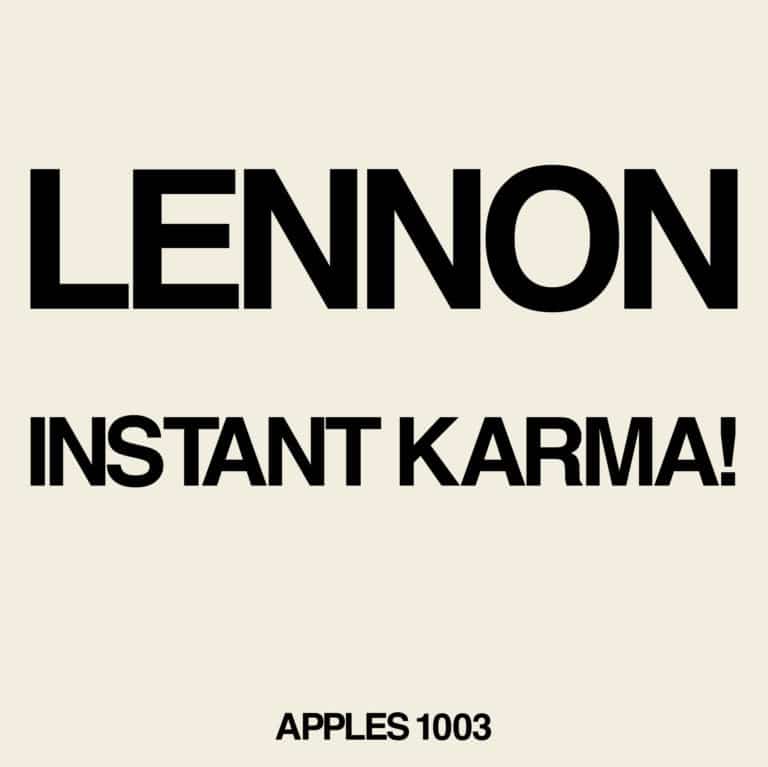 Written, recorded and released in just 10 days in January 1970, Instant Karma! was to become one of John Lennon’s biggest and most popular singles. Featuring George Harrison, this was the first time any Beatle had collaborated with legendary producer Phil Spector, who would then, later that same year, work on The Beatles’ final album, Let It Be. A full and faithful reproduction of the original UK sleeve.