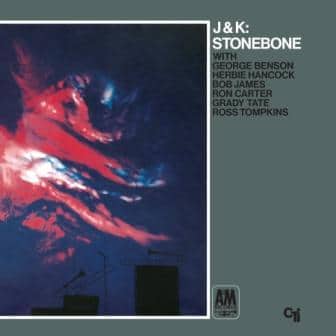 Recorded in 1969 and only ever released in Japan, this album has not been available since its initial release in 1970. Long sought after by collectors, an original copy of this LP can sell upwards of $1000 USD. In addition to the two leaders, it features an all star group that includes Herbie Hancock, George Benson, Bob James, Ron Carter, Grady Tate, and Ross Tompkins.