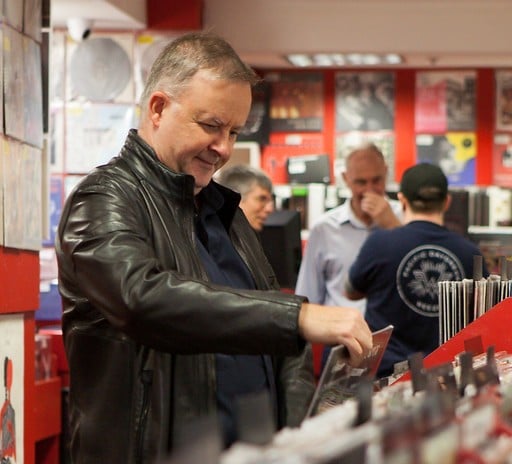 DJ Albo, aka the Hon. Anthony Albanese, music aficionado and senior member of the Australian Labor Party (and past deputy prime minister) has been appointed as honorary ambassador to Record Store Day in Australia.

Most may know him as one of Australia’s longest serving Federal politicians, but around the record stores of his electorate he’s a familiar figure. His knowledge of music, musicians, and in particular Australian musician is phenomenal.