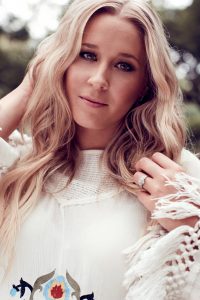 Catherine Britt’s career to date is nothing short of extraordinary. She released her first recording at 14, took herself to Nashville at 17, is the youngest Australian to perform at the Grand Old Opry (still just 17 years old), has released six albums all of which garnered ARIA Awards nominations for Best Country Album (which is a first for any Australian country artist), has had three singles in the US Billboard Hot Country Song chart, has won three CMAA Awards, been nominated for APRA and CMC awards, and in 2010 was presented with the CMA Global Artist of the Year Award.
Catherine has toured, performed and recorded with artist as diverse as Kasey Chambers and Elton John, Keith Urban and Paul Kelly.

She is a singer, songwriter, television and radio host, magazine owner and editor, and now an ambassador for Record Store Day 2017.

Please welcome her to the roster of ambassadors for 2017.