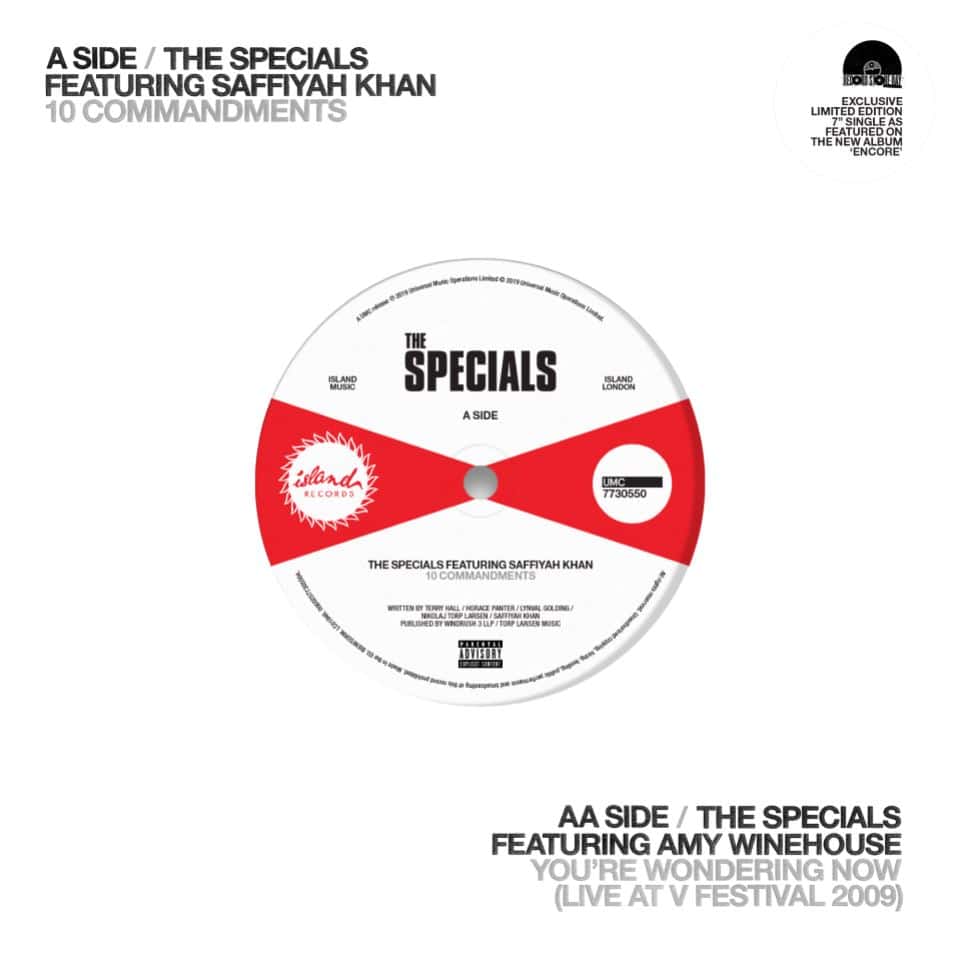 Side A – 10 Commandments – this track taken from The Specials new album ‘Encore’ features guest vocals from Saffiyah Khan who famously intervened as members of the EDL attempted to intimidate local women during an intense demo in Birmingham 2017. Side AA – You’re Wondering Now – live at V Festival 2009. Long time fan Amy Winehouse stood watching in the wings before asking if she could join the band on stage for an impromptu sing along.